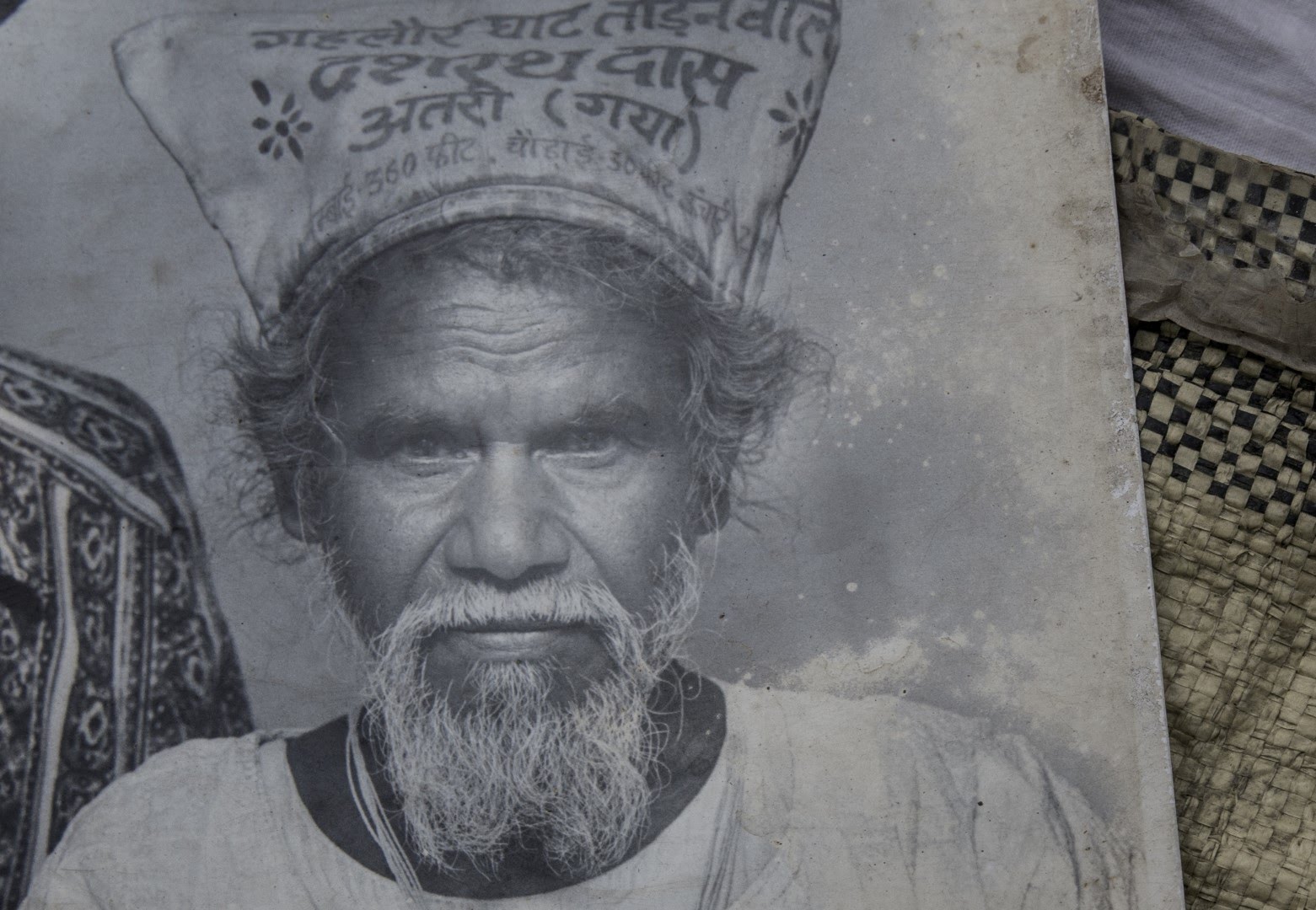 Dashrath Manjhi, the Mountain Man, succumbed to cancer on August 17, 2007 at the age of 73. He was a landless poor laborer of Gehlaur Village close to Gaya in Bihar. Manjhi lost his spouse, Falguni Devi, in 1959 because of the paucity of medical facilities. The nearest doctor was 70 km far away and could be reached only by travelling around the hills. That’s when he decided to embark on the quest of carving out a road through the hill so the villagers could get easier access to medical facilities. It took him 22 long years of single handed effort to carve out a road that was 360 feet long and 30 feet wide through a hill.

He sold his goats to buy a hammer, chisel and crowbars, which were his only tools to carve out a road. Initially, people laughed at seeing him chip away the top of the hill thinking he was going to fail and would even die trying. Dashrath worked ceaselessly from 1960 to 1982 to shorten the distance between his village and the nearest town with doctors and hospitals to just a kilometer.

Now Wazirganj, the closet place with educational and medical facilities is just 5 Km away. Villagers from the close by 60 villages in Atri had a road to use. School children, now need to traverse only three kilometers to reach their school. After this accomplishment, the villager called him ‘Baba’, the revered man and he was also known as the “mountain man.”

Dashrath did not stop at this. He went on urging that the road he made be tarred and linked to the main road. He trudged along the railway line to the capital of India. Once in New Delhi, he gave a petition requesting work on his road, and also water, a school and a hospital for his folk. On his demise the Government of Bihar accorded him a state funeral.

“All I want is a road, a school, and a hospital for our people. They work so hard. It will help the women and children in our village. ”   – Dashrath Manjhi, Mountain Man

His village needs your help now.

On August 17, 2007, Dashrath Manjhi, lost his battle with cancer. All that he had done was for no personal gain. “I started this work out of love for my wife, but continued it for my people. If I did not, no one would.” Manjhi’s words reflect the reality of our country.

Manjhi’s legacy, his inspiration, should not die with him. It should live on among the millions of us who are facing challenges, fighting battles and witnessing problems.

Despite all these efforts by Manjhi, people in his village still continue to live in utter poverty with no access to a school – a hope that Manjhi was always striving hard. Donate now and show your support.

Lots of Cars Washed Away by Flash Flood

Most Beautiful Lessons of Life….