In a healthy relationship, you should be able to understand each other and not become judgemental about your partner. You may think she overreacts over every single thing, when in reality she could be going through a rather underwhelming phase. Don’t just call your partner “ridiculous” for that, instead try to approach her in a rather delicate manner.

It is almost a fact that whenever you use the words “always” or “never” you are in big trouble. These words may stir an unnecessary argument. Be happy with what your spouse does instead of complaining. By asking him “why don’t you help around the house?” you may hurt his feelings regarding his commitment to this marriage. So stay in the present and instead focus on why your spouse does what she does. 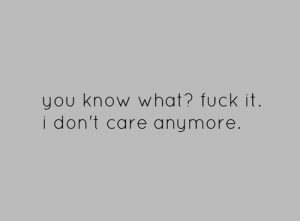 If you often fight about various matters, don’t just ignore the incident and consider it as routine. Instead, invest time in looking for the root of the issue and tackling it by either communicating properly or by visiting a marriage counselor.

Don’t Ever Say You Want A Divorce

The D word comes out after almost every fight between spouses. But threatening with divorce after a fight is never the way to go. Filing for divorce without any serious consideration about your actions will definitely come with consequences. Never take such important decisions based on emotion. Instead, take a step back, calm down, and try to solve the issue peacefully.

Be Transparent And Honest

Trust is an important factor in any relationship. When there is trust and understanding between the two, there is no need to hide anything from your spouse. Not telling them about your whereabouts and such, comes across as very inconsiderable. So the best way is to be transparent and honest with your spouse instead of arguing on every single thing.

Don’t Compare Him/Her To Anyone

Learn to accept your spouse the way he/she is! Stop making comparisons to other people’s husbands or wives. Instead, appreciate what your spouse does for you. It will motivate them, and they might make more efforts to make you happy in the future. Persistently telling them what they don’t do for you is something that will, at some point, backfire, as your spouse will lose interest in you.

Don’t Ever tell Your Spouse That You Regret Meeting Them

Nothing can be worse than telling your spouse “I wish I never met you.” It is one of the most hurtful things to say in a marriage. And blaming him or her for everything is utterly pathetic. Always remember how you can contribute to the problem too, before uttering words that you will regret — and it will be too late to retrieve them.